To date, it cannot be confirmed whether Nadine was brought to or born in the UK. She was handed over by her mother to her aunty who kept her locked in the house until she managed to escape. She has never attended school nor had close friends. Nadine was exploited from a very young age.  She was forced to do all the housework, including cleaning, washing, tidying, and preparing meals for the whole family. She was never treated as a child and had no childhood experiences. She was physically and psychologically abused by her aunt on daily basis.

Nadine was never given the chance to learn English and her knowledge of her mother tongue was also limited due to long years of separation from the society.

Nadine’s Aunt exploited her further by forcing her to sleep with men. She would bring older men to the house to meet with Nadine who would sexually abuse her. Nadine tried to refuse but this exacerbated her aunt’s aggression towards her. She beat her and threated her every time she refused. Nadine was extremely traumatized by this experience as she could not understand why these men were doing this to her and why her aunt was not taking her side.

Even though she was frightened and incredibly scared she managed to escape the house when nobody was at home. She did not have a plan or anywhere to go. She was mentally exhausted and wanted to take her life.

Nadine was wandering around the city when she was approach by a lady who luckily spoke the same language as Nadine. She noticed that Nadine was distressed and when she heard what Nadine had gone through, she suggested that Nadine come with her to her hometown, around 40 miles away.

Nadine lived with this woman for a short while and worked in the woman’s shop; her trust in people crumbled again when immigration entered her friend’s shop and took her by force to a detention centre.

At the detention centre, it took the officials a while to figure out what had happened to Nadine because they did not provide an interpreter who could speak the right dialect. Nadine speaks Chinese Cantonese dialect, and the assigned interpreter was Chinese Mandarin. Despite this fact, the police took her statement and submitted it to the Home Office. Nadine was going to be prosecuted. Fortunately, her solicitor discovered what had happened while completing her assessment and challenged this.

Nadine was released from detention having been re-traumatized. She was referred Ashiana for support.  It took a while to gain Nadine’s trust after she was referred to Ashiana’s services and this was achieved by taking small steps, such as supporting Nadine to complete everyday tasks without feeling overwhelmed and stressed, including: taking care of herself; going outside to have a walk around and to understand which agencies are available to support her.

After a period of support from Ashiana, Nadine is confident and can go outside without assistance or supervision. She is now able to report to the police by herself and is confident to do her own shopping, something that used to be impossible before. Another, incredible milestone for Nadine is that she now initiates conversations and decides what she wants to do and how she wants to spend her time.  This summer she went on a Ferris Wheel for the first time and she has recognised this as something she will always remember, not having the chance to do such things as a child.

Nadine had to overcome quite a few challenges, but she is now much stronger and has better tools to cope with day to day situations. She can now move forward and live a healthier, safer and happier future.

Ashiana are a Sheffield based organisation providing practical and emotional support in a holistic, gender and culturally sensitive way, as well as accommodation for women and children who have survived human trafficking. Ashiana have provided this case study to give an insight into the experiences of survivors and the support available to those who have been trafficked across Yorkshire and Humberside, North East, East Midlands and the North West England regions.

Physical abuse is often the most visible form of domestic abuse.
It can include hitting, punching, spitting at you. 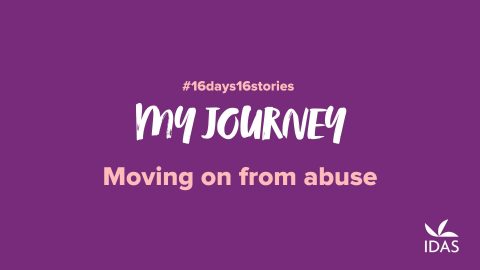 I sit here and start to question myself, “What am I doing? Why am I still here?” 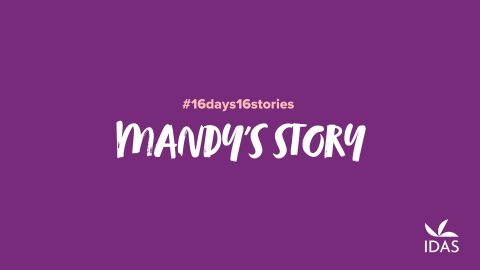 It all started when I met my ex partner at a young and impressionable age.